The Minard System: The Complete Statistical Graphics of Charles-Joseph Minard, From the Collection of the École Nationale des Ponts et Chaussées 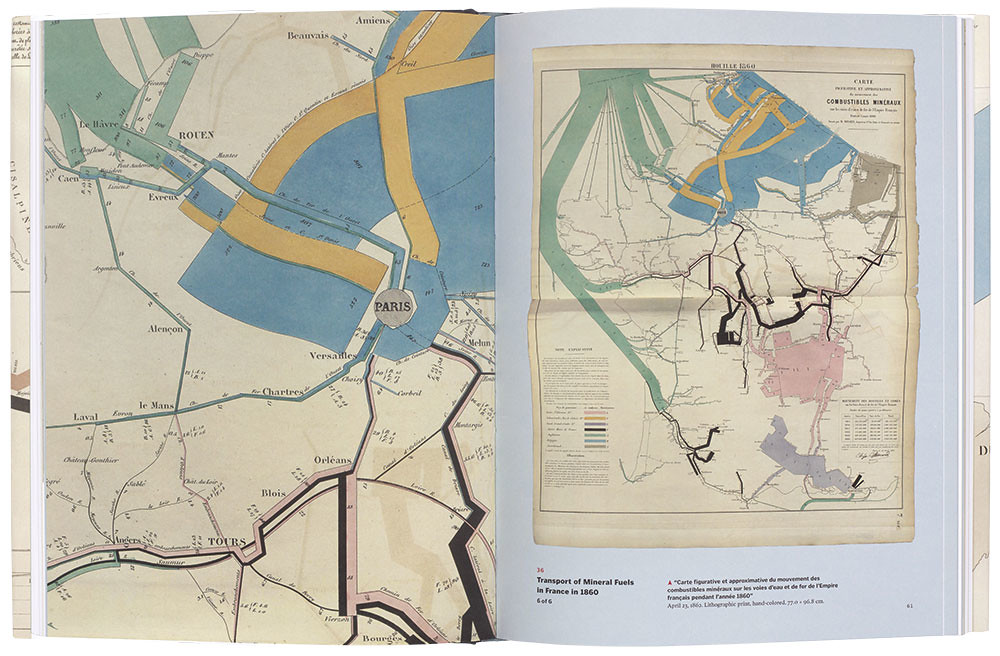 Sandra Rendgen’s The Minard System re-contextualises in book form for the first time the entire body of visual diagrams by Charles-Joseph Minard. Minard was an engineer whose life was devoted to the design, supervision and inspection of infrastructure projects throughout France. Born in 1781, he grew up during the first French Revolution and served the French states that changed (from republic to empire to monarchy to republic to empire) over his long life.

Minard is best known as the author of the diagram of Napoleon’s troop losses during the 1812-13 Russian Campaign, but this and other work were never published in book form …

Cover shows detail from Minard’s celebrated 1869 diptych that shows ‘the progressive losses in men’ in armies led by Napoleon (1812-13) and Hannibal (218 BC).
Top: Spread from The Minard System shows detail and full print (1862) from Minard’s consistently scaled and coloured series of diagrams about the transport of mineral fuels. 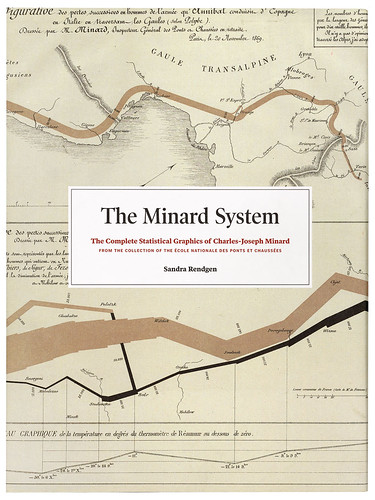